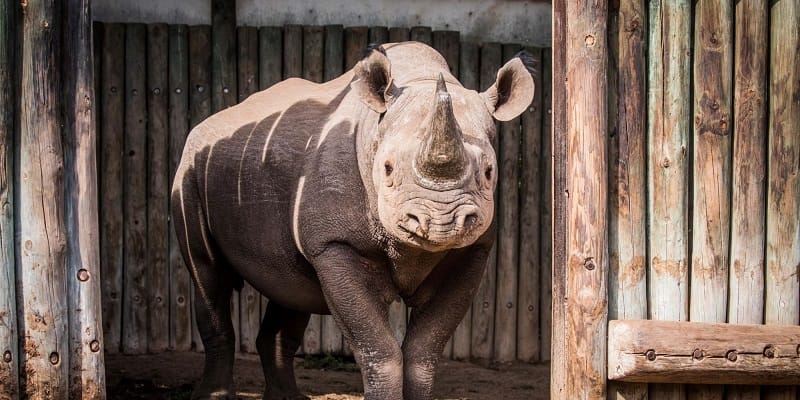 It is now over three weeks since the return of Black rhinos to Akagera national park in Rwanda. The return of black rhinos to Akagera officially makes Rwanda a big 5 African safari destination adding to the recently reintroduced Lions, the elephants, Buffaloes, and the Leopards among other wildlife species resident in the park. The 5 highly endangered black rhinos from eastern Europe were on Monday, June 24th, 2019 successfully relocated to the Akagera National Park in Rwanda from the Czech Republic, the announcement was made by the park officials.

The return of these black rhinos also marks the second time Rwanda has received the rhinos from foreign states after South Africa also gave out 17 rhinos in 2017 which added a boost to the Rhinos species after a long drought of these wonderful mammals for over a decade because of the high intensity of poaching activities.

“This unique achievement represents the culmination of an unprecedented international effort to improve the survival prospects of a critically endangered rhino subspecies in the wild,” said Jes Gruner, manager of Akagera National Park.

“Their arrival also marks an important step in Akagera’s ongoing revitalization and one that underscores the country’s commitment to conservation.”

The black rhinos had been shipped off from Safari Park Dvur Králové in the Czech Republic on Sunday, June 23rd, after months of preparation for their transfer, according to the Rwanda Development Board. According to the Internation Union for Conservation of Nature, there are about 5,000 black rhinos remaining across their range in the wild, which makes them be one of the most highly endangered species in the world.

It should also be noted that Rwanda also reintroduced lions from South Africa in 2015 after they had disappeared from the country for about 15 years.

“Just under a decade of management with improved law enforcement and strong community and economic development initiatives has seen poaching practically eliminated, key species including lion and rhino returned, significant support fostered for conservation, and vibrant tourism leading to Akagera being 80 percent self-financing,” read a statement from African Parks the management of Akagera National Park in Rwanda.

Rwanda, which has experienced a dramatic turnaround since a 1994 genocide left 800,000 dead, is billing itself as a Big Five safari destination to attract more tourists, with many coming to see the rare mountain gorillas. Rwanda received 1.3 million visitors (tourists) in 2017 and tourism is Rwanda’s largest foreign exchange earner, government statistics show.

Top Historical Sites You Must Visit In Rwanda